The best traditional Cornish food you have to try! - Meadow Lakes 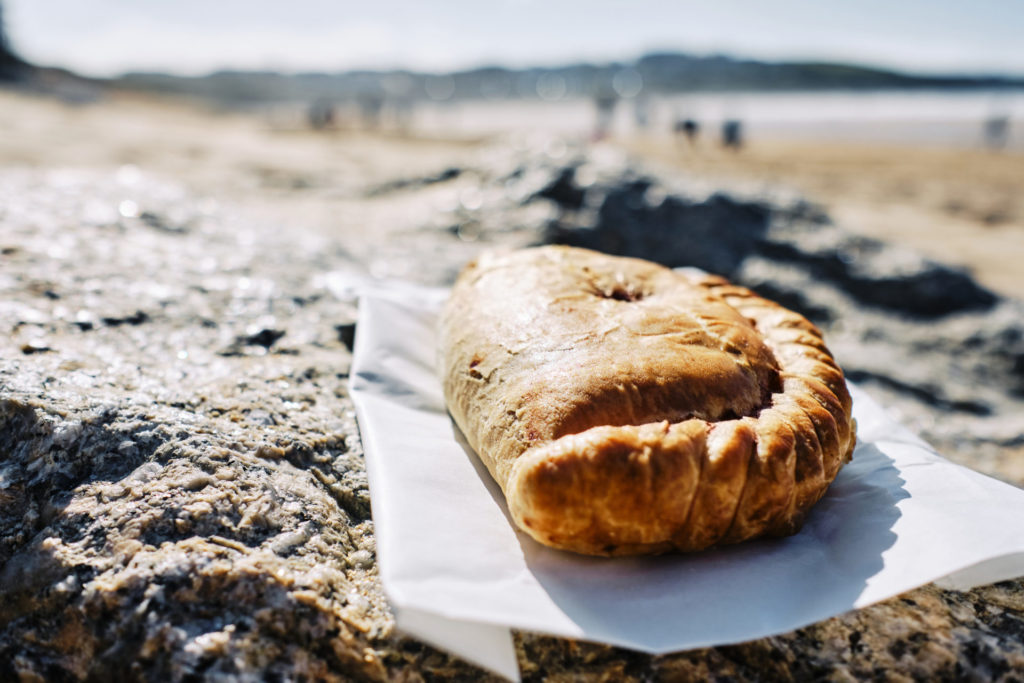 The tastiest local Cornish food you have to try on your holiday in Cornwall!

Cornwall is known for many things; surfing, smugglers and sea views, to name just a few!  But the region is also renowned for it’s delicious traditional dishes.

Here we have compiled a list of some of Cornwall’s time-honoured delicacies, ranging from the sumptuous cream tea (jam then cream of course!), the flavoursome Cornish Yarg and the crunchy Cornish fairings – all that can be sampled just around the corner from Meadow Lakes!

We couldn’t start the list without referring to the revered Cornish pasty now, could we?

The Cornish pasty is a tasty, traditional dish that was first created for Cornish miners, with the tough crust being used as a “handle” so the miners didn’t get coal and dirt all over the rest of their lunch!  They would traditionally be half sweet and half savory, with one side being filled with the classic peppered beef, potato and onion and the other usually with baked fruit such as apple or peaches. (The earliest literary mention of the pasty is in Chaucer’s Canterbury Tales, which was written in the 14th century – so it has quite the pedigree!).

A Cornish wife would mark her husband’s pasty with his initials so that if he saved some of his pasty for an afternoon break, he could distinguish his from his colleagues. It was also so that the miner could leave part of his pasty and the crust to the “Knockers”. The Knockers are mischievous “little people”, or sprites, who live in the mines and were believed to cause havoc and misfortune unless they were bribed with small amounts of food. The initials carved into the pasties, it is assumed, made sure that those miners who left their crusts for the “Knockers” could be determined from those who didn’t.

The European Union awarded the Cornish pasty protected status in 2011, stating that a genuine Cornish pasty must be made in Cornwall and adhere to certain rules relating to ingredients and crimping, for it to be the real thing! 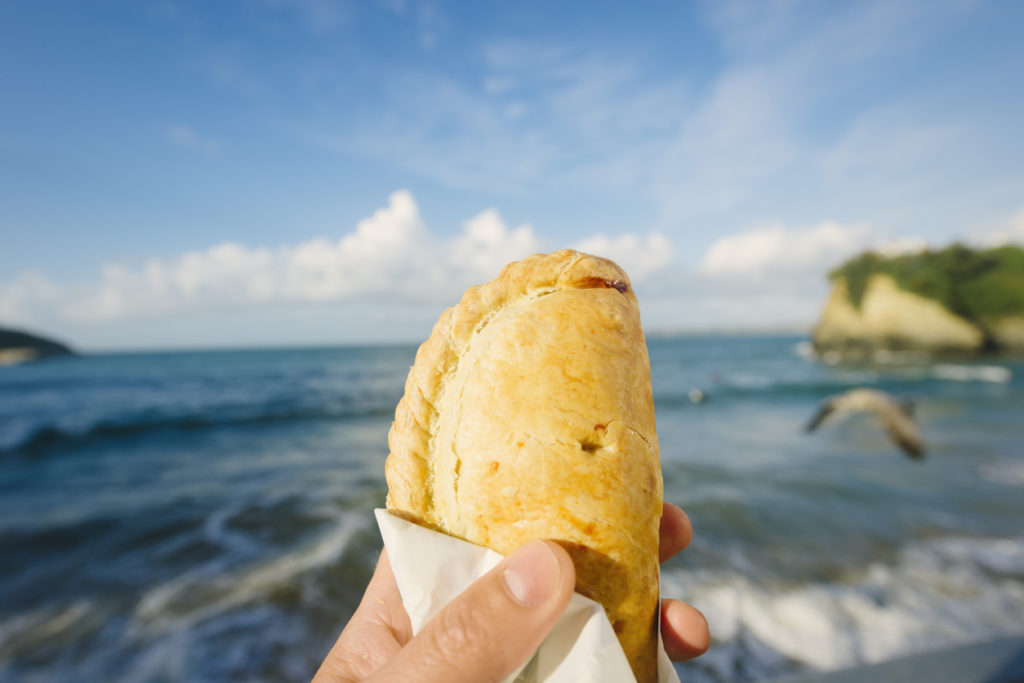 A staple dish of Cornwall and Devon, the cream tea consists of a freshly baked scone filled with rich clotted cream and fruity jam, accompanied by a good old pot of English breakfast tea.  Doesn’t sound too controversial, does it?  However, it is the order by which you layer your cream and jam that is has had each county debating for years!

In Devon, it’s the cream first. then the jam second, whereas here in Cornwall – we say it’s jam first, then cream…

How do you prefer yours? 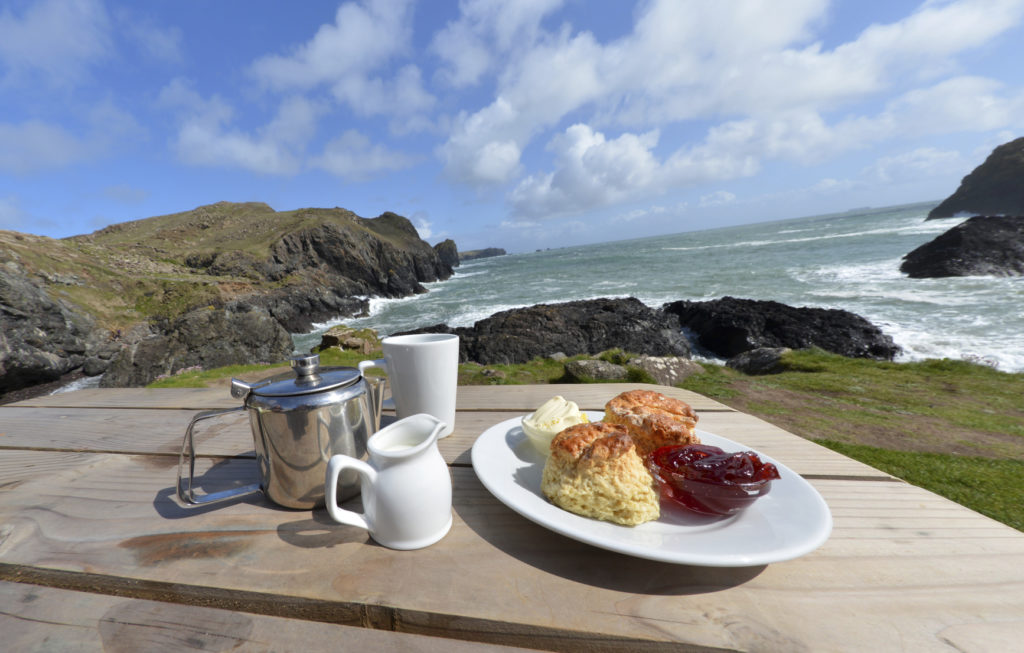 An iconic dish in Cornish culture, Stargazey pie (or Starrey gazey pie) allegedly dates back to Mousehole, a small rural Cornish village, in the 16th century.  The pie is made from Pilchards (or Sardines), spices and pastry, with the Pilchards’ heads sticking out of the crust, as though ‘looking at the stars’.

According to local legend, Stargazey Pie celebrates the bravery of a local fisherman named Tom Bawcock, a resident of Mousehole.  The story goes that one winter, terrible storms meant that the fishing fleet couldn’t sail for months on end, meaning no one could catch any fish for the village. The village was suffering greatly with hunger when one brave soul, Tom Bawcock, headed out into the dangerous seas…

When he returned, he had caught enough fish to feed the entire village!

These fish were then all baked inside an enormous pie, with the heads all sticking out proudly, to prove that there was plenty of fish inside!

Cornwall is famous for producing a vast amount of delicious cheese – (60 varieties to be exact), but the most well-known would be Cornish Yarg.

This yummy cheese is well known for it’s dark green rind, formed by it being wrapped in nettles.  The leaves, which attract naturally occurring moulds, are brushed onto the cheese in concentric circles.  As the cheese matures, the edible wrap imparts a delicate, mushroomy taste, and develops its unique bloomy white appearance.

Once matured, nettled Yarg is fresh, lemony and creamy under its beautiful rind, with an irresistible crumble in the core.

A common pub quiz question is how Cornish Yarg got its name.  Bodmin Moor farmer Alan Gray, who reintroduced the cheese from a 17th-century recipe he found in his attic in the 1980s, named the cheese after himself. “Yarg” which is “Gray” spelled backwards.  The cheese is exclusively produced by Lynher Dairies, located near Truro.

Mining and fishing were the backbone of the Cornish industry for centuries.  When it comes to the latter, Pilchards, in particular, were what Cornish fishing fleets were famous for.

These oily fish may not be to everyone’s taste, but they have a strong legacy here in Cornwall.  Many of the popular fishing villages came into being due to the high demand for Pilchards in the 18th and 19th centuries, such as Mousehole, Mevagissey (just around the corner from Meadow Lakes), St Ives, and Polperro, where our sister park, Oaklands Park is located! 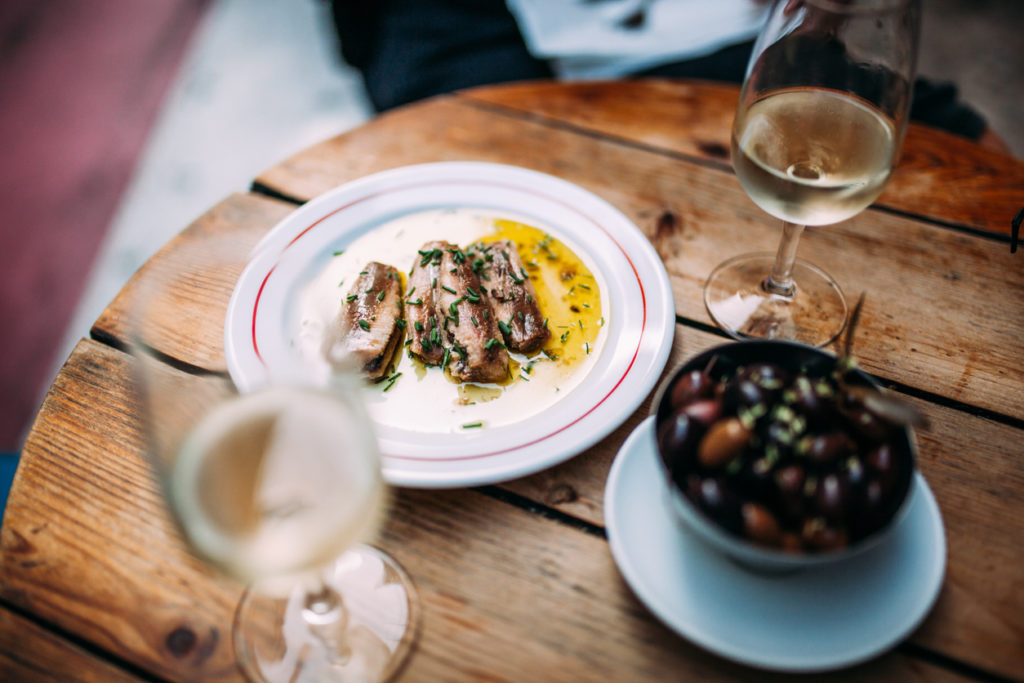 Saffron buns are fairly similar to other tea cakes found throughout Britain; a tasty, sticky bun with plenty of currants.  However the main difference with Cornish saffron buns, is that this tea cake is made with the worlds most costly spice, Saffron, golden-red in colour and derived from the flower “saffron crocus”.  Saffron not only gives the bun its distinctive yellow colour, but it also adds a subtle and delicate flavour too.

Hevva Cake, sometimes known as ‘heavy cake’, is a traditional Cornish treat that dates back to the days of the Pilchard industry.  It was made with copious amounts of milk, sugar, lard, butter, and raisins… Which is why it got it’s weighty nickname!

During the height of the Pilchard industry, it would be eaten in celebration of landing a good catch.  The cake traditionally would have a criss-cross pattern on the top to represent the fishing nets.  Yum!

Cornish fairings are traditional ginger biscuits from Cornwall.  They were popular sweet snacks that you would buy for children or sweethearts at fairs.  Made from butter, flour, caster sugar and combined with mixed spice, ginger, cinnamon, and golden syrup… Super sugary!

The first recorded mention of Cornish fairings can be dated all the way back to the 1100’s, however, they became extremely popular in the 1800’s, due to a Truro based baker named Furniss.  They began to produce fairings on a much larger scale and were able to supply them to countries overseas too.

100 years later. Furniss still produce Cornish fairings and are the only bakery in the UK that are licensed to make the traditional biscuits!

So, have you tried any of these famous Cornish foods?  We hope you enjoyed learning a bit more about these mouth watering dishes, we’re off down the road to grab a pasty or two…